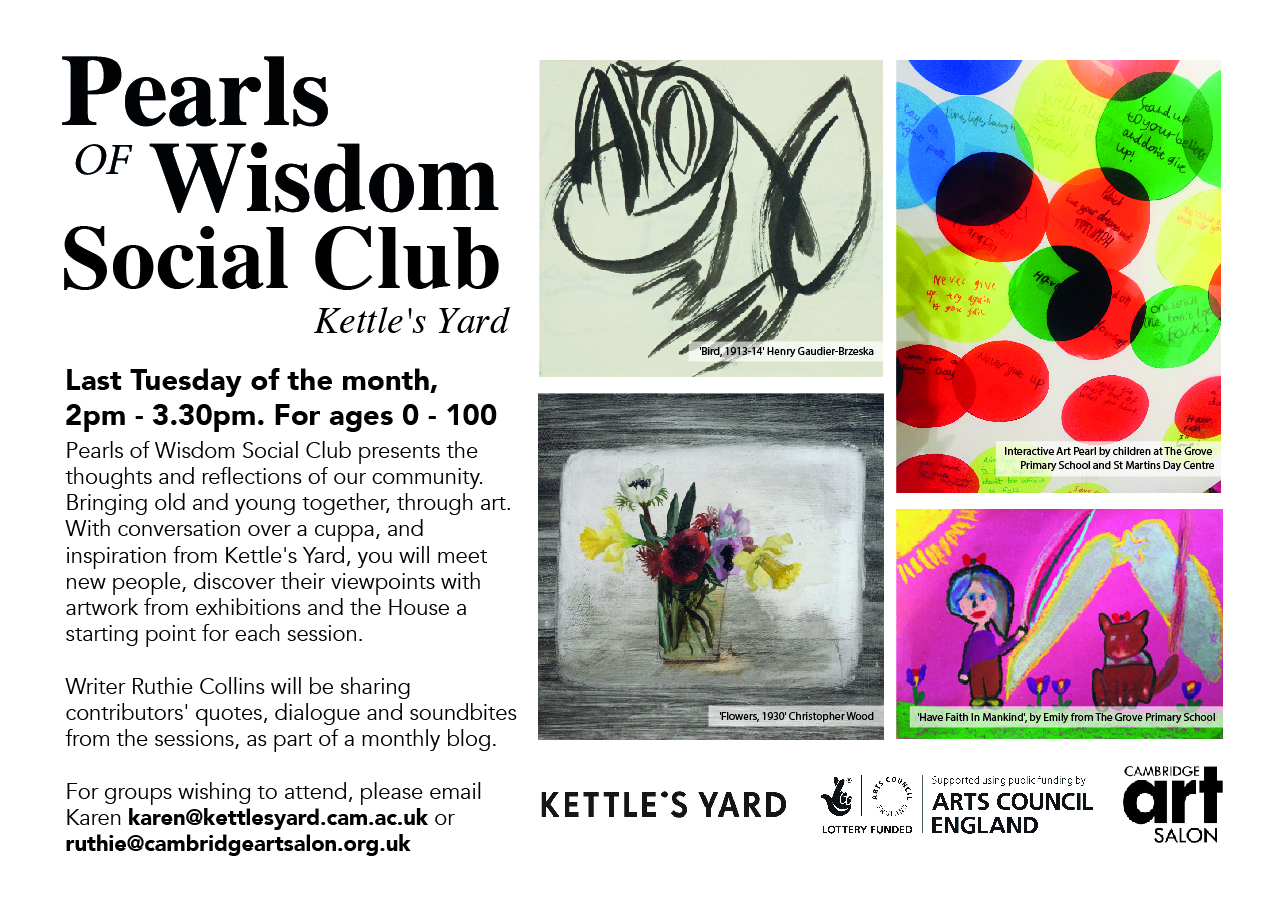 ‘To be that active, that active imaginative, that creative, at such a, shall we say, a pretty old age, is absolutely marvellous,’

Ellen-Grace Halsall is talking about artist Naum Gabo, at our first of our Pearls of Wisdom Social Club at Kettle’s Yard. We absolutely agree. This is our new community collaboration between the Art Salon and Kettle’s Yard Open House that brings old and young together through art, at this monthly social club for ages 0-100!

It’s the fourth Pearls of Wisdom project we’ve run, so it is a pleasure to welcome back Turtle Dove, who helped us with our first ever Pearls of Wisdom Tea Dance, at Ditchburn Place in 2015 as part of the BBC Get Creative Family Arts Festival – and will be joining the club every month. For our first session, we also had the Cambridge lead for Mothers Who Make, a national network for mother artists, Vanessa Ackerman, who dropped in with her son, too, plus another artist Belgin Bodur, and her daughter. We welcome care home Cambridge Manor, who are also regulars at the club, plus Cambridge City Council’s Broadening Horizons group.

Community Officer Karen Thomas, gave a spotlight talk on five works in particular – by Mary Kelly, Naum Gabo, Melanie Manchot, Rana Begum and Nathan Coley, included in the current show at Kettle’s Yard, Actions. The image of the world can be different.  We all popped round to have a look at the works for ourselves, before gathering back to chat about the show over tea and coffee served by Turtle Dove. 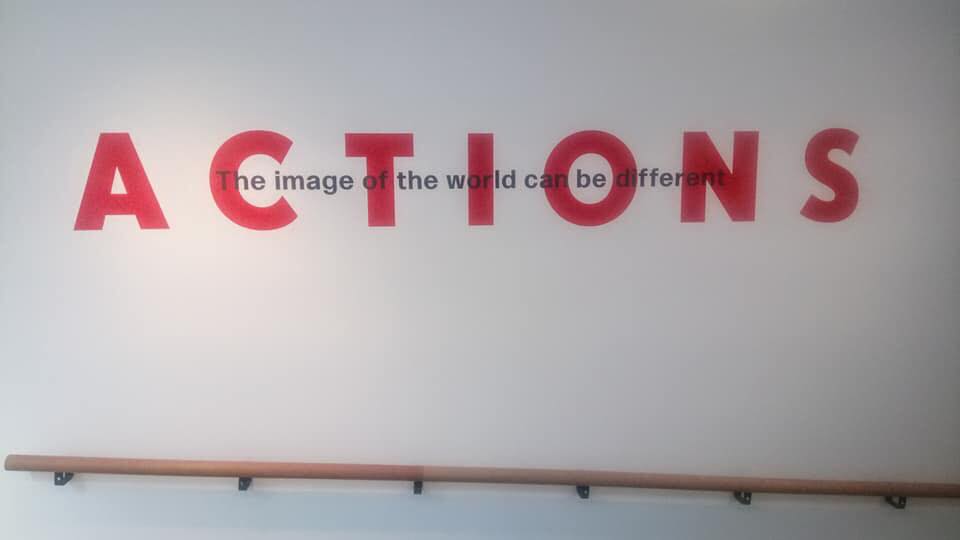 Rana Begum’s stunning installation No. 764 Baskets, was a favourite (despite it being a dust trap). ‘I like the baskets. I love the round baskets not all in a uniform position. They reminded me of shells,’ said artist Ros Rolandson from Broader City Horizons, who described it as a ‘masterpiece’. ‘I think it’s charming but a rather large dust collector. I like the different weaving of the baskets and the different colours of the weave,’ she added.

Melanie Manchot’s portraits of Bangladeshi women living in Cambridge, taken in places in the city they’d never been to before, were also very popular. ‘Wonderful, so smooth, so lovely,’ said Margaret, from Cambridge Manor, talking on some of textures, the fabric and the wood, captured in her portraits The Ladies (Wren Library) and The Ladies (King’s Dining Hall). ‘These are my favourite. The mixture of progress and history really resonates with me,’ commented James, Cambridge Manor’s Community Development Manager. However, the contrasts explored in the works didn’t always feel comfortable: ‘the colours are so bright, they contrast well, but so do the women with the location – you can tell they are unfamiliar with the space by looking at their body language,’ felt Belgin. 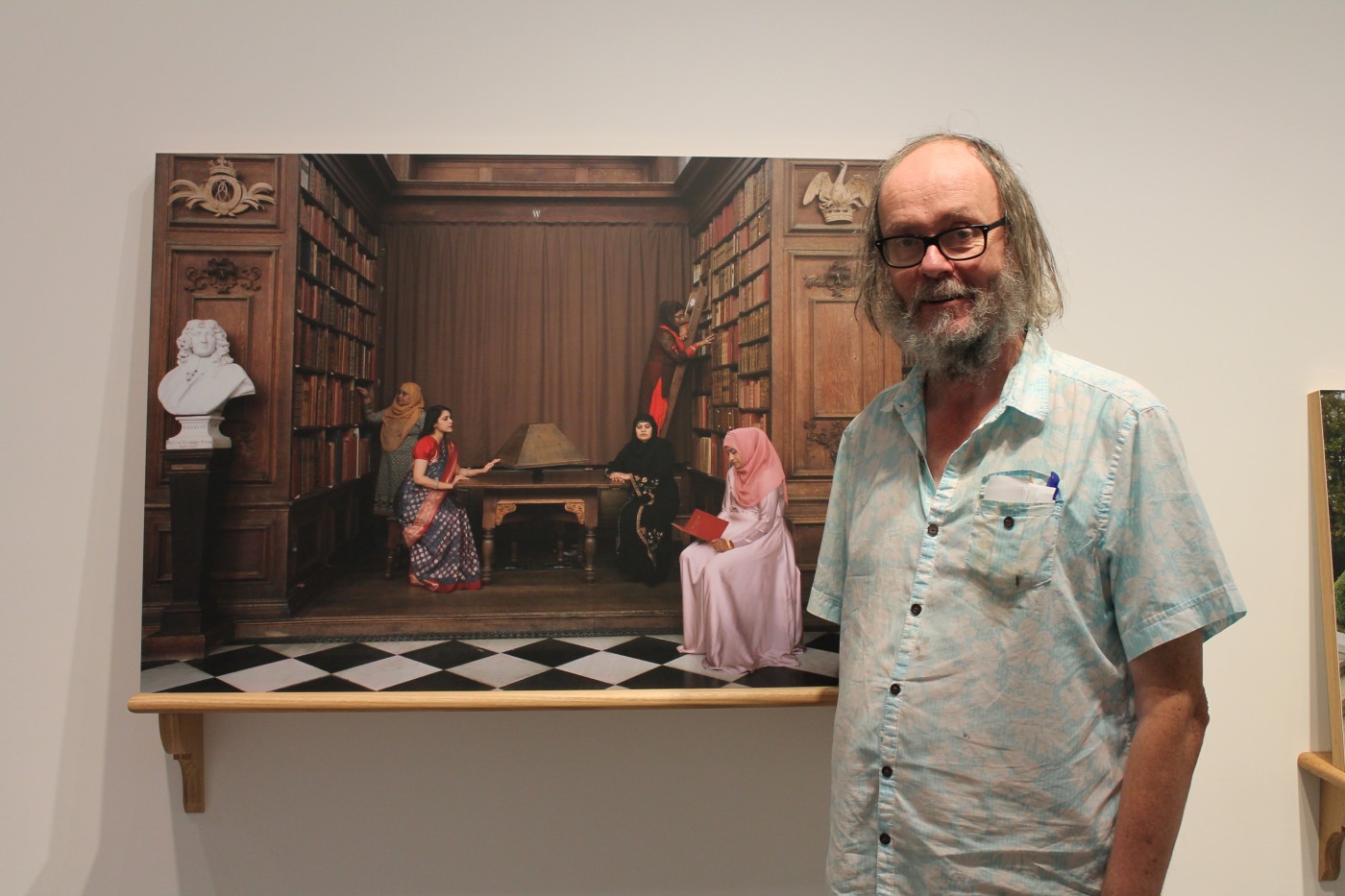 ‘Is it a statement, or a comment on how we all end, being situated in a graveyard?’ asked Karen Thomas, while talking on Nathan Coley’s The Same for Everyone– which greets you as soon as you arrive at Kettle’s Yard. ‘To me it says we are all the same, we are all equal, in death whether we are rich or poor, clever, educated or illiterate. We will all end up the same way,’ thought Barbara, from Broader City Horizons. Not everyone was keen. ‘I’m not so keen on the message outside the church, I don’t believe that everything should be the same for everyone,’ thought Celia, from Broader City Horizons. ‘It sounds a bit communistic.’

Mary Kelly’s Love Songs: Flashing Nipple Remix, caused lively debate and discussion on the position of women today. ‘I didn’t like this piece. It seemed to me that they were being discriminated against because they were women.’ Barbara told us. ‘Eventually they became rubbed out.’ Turtle Dove’s young women had a lot of thoughts on the piece, too. ‘A lot of young women are pushed into those pageant competitions. Kids. Like with prostitution, sometimes people see it as they only way out – but it’s the wrong way. It’s not good,’ they said.

Plus, Robin at Cambridge Manor, provoked some controversy by asking if the shelves in the Learning Studio were part of the exhibition, describing them as ‘utilitarian’. 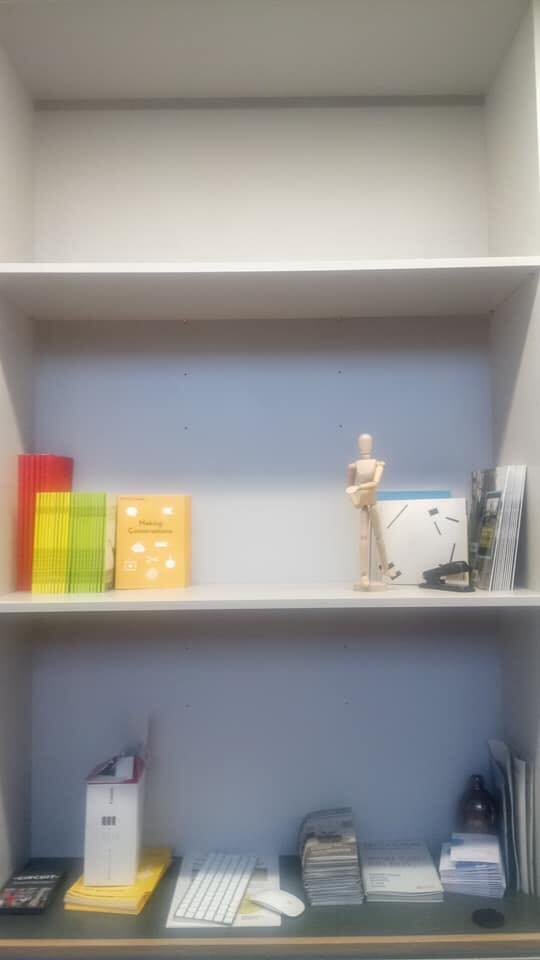 We finished up making our own actions to make the world a better place! 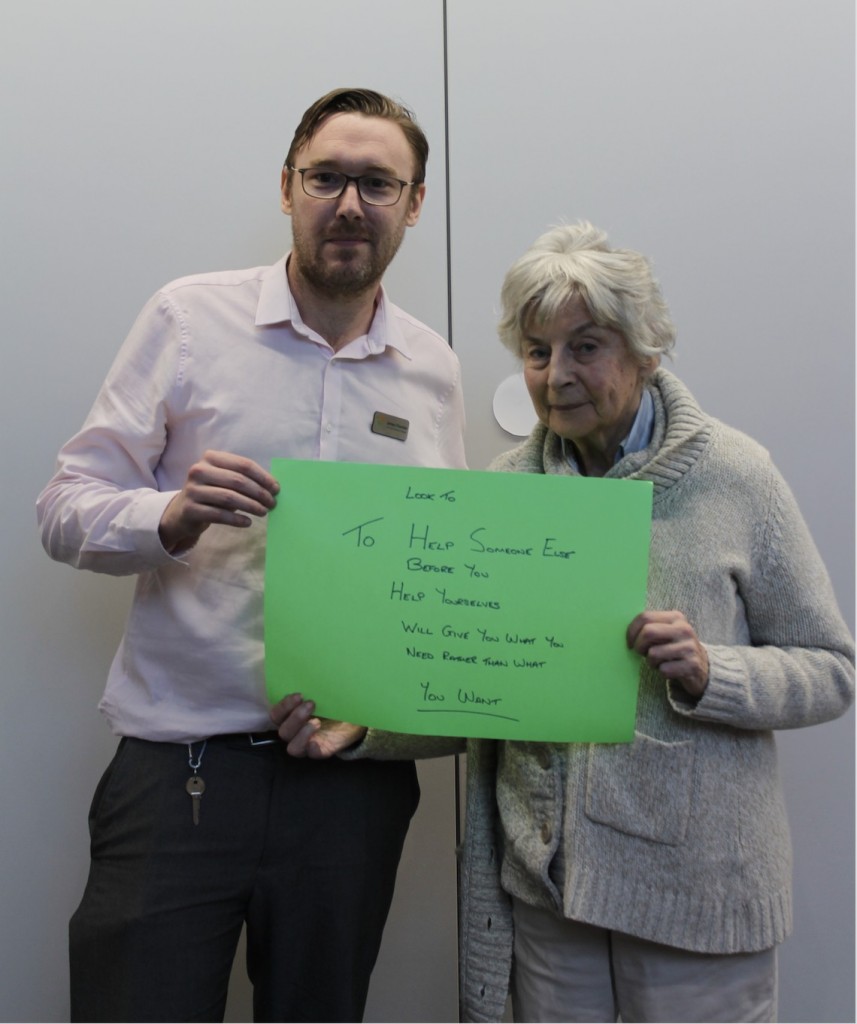 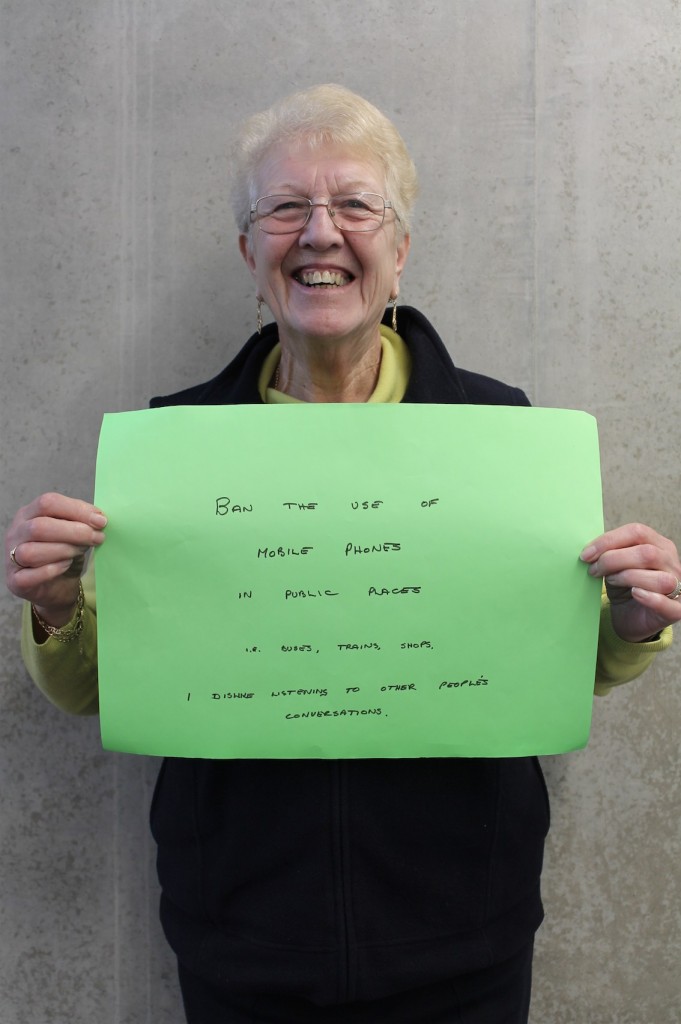 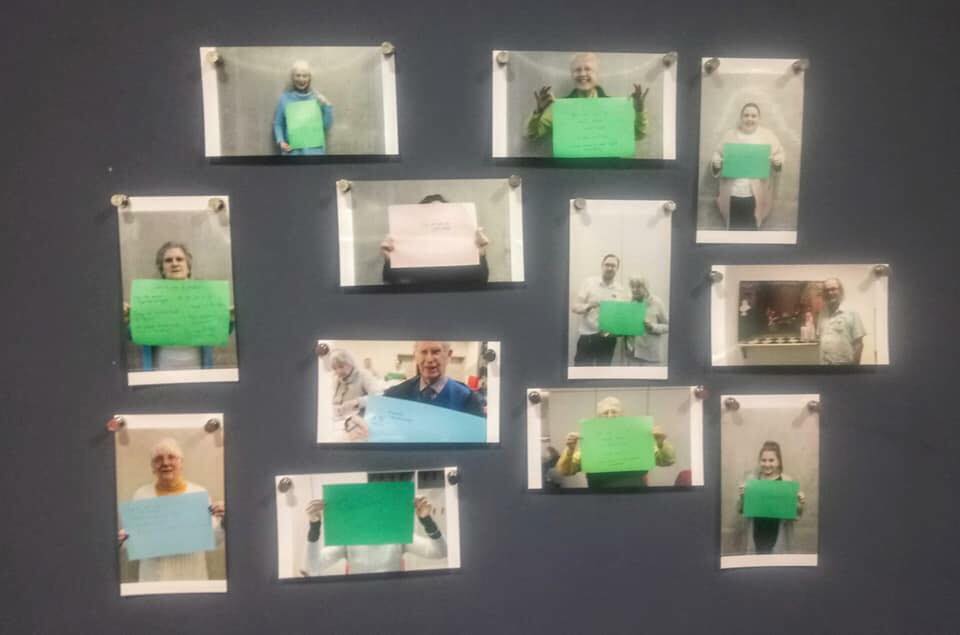 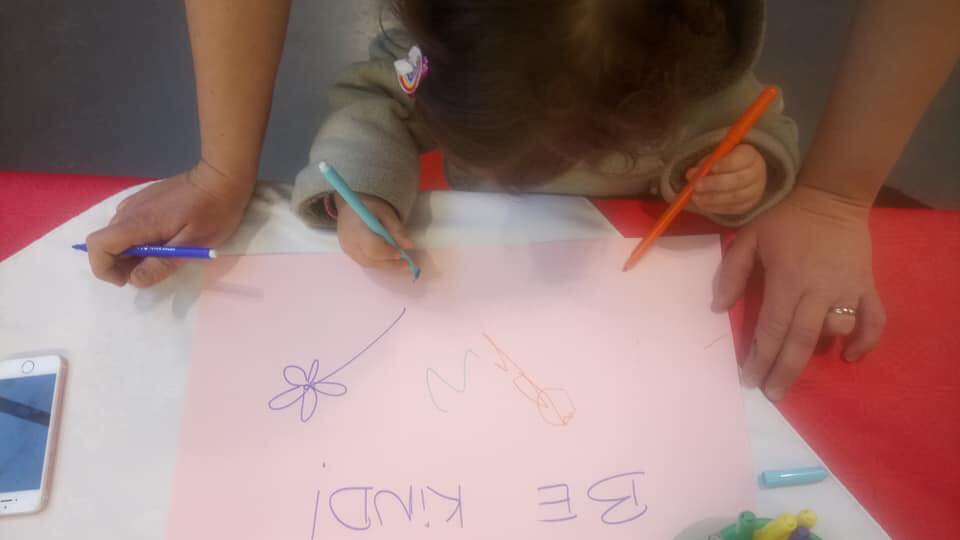 Pearls of Wisdom Social Club runs on the last Tuesday of every month, 2pm – 3.30pm – email karen@kettlesyard.ac.uk or ruthie@cambridgeartsalon.org.uk to attend, groups, families or individuals, welcome.

Special thanks for support from charity Care Network Cambridgeshire for helping us spread the word on the Pearls of Wisdom Social Club.